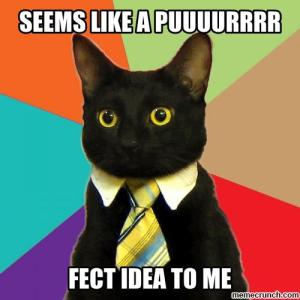 Welcome to the first in a new occasional series on the blog called New education research on Central Asia. The idea is that from time to time, I will review new book chapters and journal articles written about education in Central Asia. My aims are to raise awareness of these new publications and offer a summary of the key points and my views on the piece.

If you would like to suggest a publication for review – or would like to review something yourself for this blog, then please get in touch to discuss. I’d be pleased to hear from you!

I also welcome your feedback on the new look for the blog. I hope it now looks and feels “cleaner” and the links to various pages are easier to navigate.

So – back to new research from Central Asia. The book chapter I’m reviewing today is called “Problems of forming tolerance in the educational environment of Tajikistan” by Diloro Iskandarova of the Russian-Tajik Slavonic University in Dushanbe, Tajikistan. The chapter appears in an edited collection called Digital Transformation in Journalism and News Media published by Springer in 2017.

Iskandarova describes a research project carried out with university students in two different locations in Tajikistan, one in the north of the country (Khujand State University) and one in the south (Kulyab State University and Kurgan-Tyube State University). The aim of the research was to use linguistic association to test levels of inter-ethnic tolerance amongst young people. Put in straightforward terms, the research team asked students to list words that they felt best described different groups (both as noun and adjective) – Tajik, Russian and Uzbek. If the respondents listed negative characteristics, it would suggest lower levels of tolerance than if they gave more positive word associations.

The chapter provides detailed description of the words/phrases that came up in the students’ responses, which in general were positive towards the ethnic group at hand across both regions under study. Tajiks (noun) were most associated with hard work, hospitality and Islam, for example.

There was, however, some ambiguity in the words used to describe Uzbeks, which the author ascribes in part to the Uzbek government’s policy of exclusion and generally poor relations between the two countries [though since the chapter was written, there has been a change in President in Uzbekistan and some early signs of a detente in the Uzbek-Tajik relationship].

The overall conclusion of the chapter is, as shown in the key quote below, that students are in general tolerant people. The author found some difference between the two regions, with students from the north being more open to the study and actively providing responses (which were all collected anonymously). An expressed desire to conduct further research, both in other parts of the country and using different word associations, would add greater value to the findings.

Whilst the chapter is rather short and the English language is clunky – and it seems a rather odd choice to publish this in a book on digital transformations – readers should look beyond this to the real value of the study, which is the rich data it has generated. The use of word associations is a smart idea, even if I’m not convinced that testing against ethnoynms tells us much about tolerance in general.

Key quote: “university students [are] fairly tolerant people with very little negative judgments. At the same time, we must remember that stereotypes tend to develop quickly enough in a particular environment” (p.554)